All right, so I’ve dealt with the remastered editions of some VERY big heavy hitting talent in recent days, first David Bowie with his Loving The Alien boxed set, which includes a pretty good re-do of what many consider his career worst album, Never Let Me Down, and more recently the beautifully remastered The Beatles, aka The White Album.  You can read about the Bowie remaster here and The Beatles here.

Remastering albums is certainly not a new thing, and at times it has been met with anger.  In recent years, however, it seems like newer remasters have been better.  Certainly in the case of the Bowie and The Beatles albums, it was for the best.

Megadeth, one of the pioneer thrash/heavy metal groups fronted by one-time Metallica member Dave Mustaine, released their first album in 1985.  Titled Killing Is My Business… And Business Is Good, it was a more than decent first effort with some really fun songs (I loved the very profane remake of These Boots).  The sound, however, was quite muddled and, when I heard Mr. Mustaine was remixing the album back in 2004, I was hopeful that the muddled sounds would be alleviated.

Alas, the end result was not very good.  Worse, the original authors of These Boots were apparently quite offended with Mr. Mustaine’s… uh… reinterpretation and new lyrics of the song and would not allow it to be re-released as it was.  So, in a very silly move, the remixed version of 2004 featured the song with “bleeps” to negate the offending lyrics.

Fast forward to (and unknown to me until yesterday) June of this year and a new re-mix of Killing Is My Business was released.

I have to say, Killing Is My Business is a terrific improvement over the original 1985 release and most certainly much better than Mustaine’s 2004 remix. 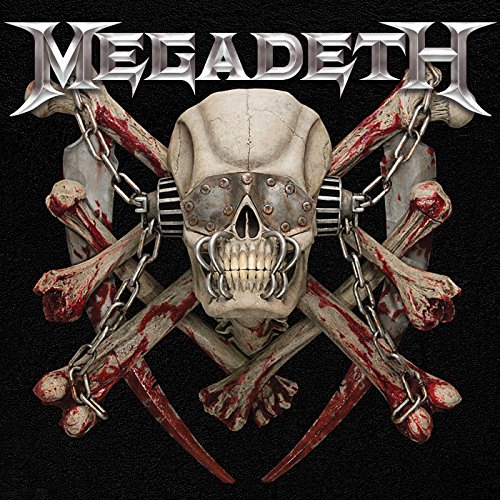 If you like that album, getting this remaster is a no-brainer.

As for These Boots… it appears we’ll never again see the release of the original Megadeth version of the song.  However, this time around they wisely nixed the whole “bleeped” version of the song and, instead, remastered the music and had Dave Mustaine simply sing the song with its original lyrics.

Yeah, it isn’t quite as darkly funny as the original version and, yeah, Dave Mustaine’s voice is clearly more worn down than it was on the original album (decades of concerts and singing will certainly do that to you… check out Bruce Springsteen’s voice in some of his earliest albums versus while currently on tour).

So, if you’re into 1980’s era speed/thrash metal, checking out the most recent remix of Killing Is My Business is a no-brainer.