One of the nice things about going on a trip like I did (sorry for sounding like I’m rubbing it in… I honestly don’t mean to!) is that if you’re lucky and, like me, you travel via “regular” class (ie, not first class), you’ll find yourself traveling in an airplane that offers individual monitors filled with diversions during your long trip.

That was the case on the way to California: Each seat had an individual monitor on which you could watch TV shows, movies, play games, etc. etc.  The first film I saw via this device was A Quiet Place (reviewed here).  The trip proved long enough to allow me to see another recent release, the Steven Spielberg directed Ready Player One.

Based on the 1980’s nostalgia heavy novel by Ernest Cline, the movie is filled with references to -natch- movies, TV shows, video games, and general pop culture, much -though not all- of which is heavily 1980’s oriented.

If you’ve read the book (I have not), there is an interesting review quote on one of the edition’s covers…

I know it’s tough to see, but on the upper left hand corner of this cover is the following quote from USA Today:

This quote essentially gets to the heart of what Ready Player One, the movie, is.  Here’s the trailer: 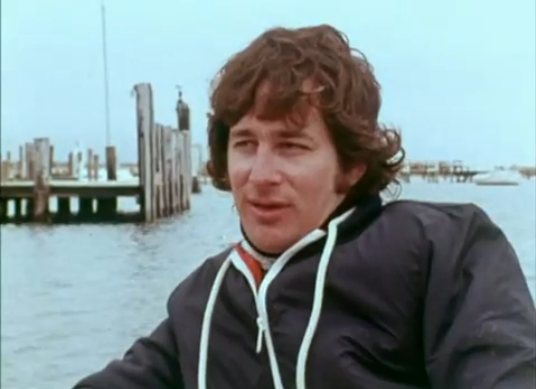 …who, in the year 2045, lives in your typical concrete and metal degrading city-hellscape and, like most of the people, longs to live there as little as possible.  Like many, he often heads out to the “Oasis”, a virtual reality playground wherein people can do all sorts of things with their Avatars, from playing games to participating in any sort of events (nightclubs, dances, romance, etc.).  This, obviously, is the Matrix-like part of the movie.

Oasis, we find in an exposition heavy first 10 minutes or so of the film, was created by an eccentric -and deceased- man by the name of James Halliday (Mark Rylance) who has hidden in this vast virtual playground 3 “keys” which, if found, will entitle the person who gets them control over Oasis.  And there, ladies and gentlemen, is your Willy Wonka element.

As you can guess, Wade Watts and his friends wind up chasing down the keys while an evil/no-good/bad industrialist tries to get the jump on them.

It’s okay, I suppose, but the movie, on a whole, left me more underwhelmed than it should have.

That’s not to say there aren’t some delightful sequences, the biggest/best of which involves the hunt for the second key.  I won’t give the elements of this away, but it involves recreating key sequences from a very famous film originally released in 1980, a film which was directed by a person many, including myself, feel is one of the greatest directors there ever was.  I’ll say no more.

Yet as a viewer I never felt they were in any big danger.  The film simply never makes us feel like there are real stakes involved, even though some ancillary characters are eliminated in “real life”.

Again, though, the film isn’t a total bust.  Along with the hunt for the second key, I did find myself laughing at a few sequences/jokes here and there, and it was kinda fun to try to spot all the “easter eggs” this film is filled with.

I also thought it was kinda fun that the film’s climax makes reference to the very first video game that did indeed feature an easter egg (as a long time video game player, I was aware of the game and the egg, so this stuff wasn’t a huge surprise to me).

Yet I can’t help but return to my main complaints: The movie never drew me in as much as I would have hoped and there is never a proper sense of suspense regarding the adventures shared.  We’re also, unfortunately, dealing with characters who are two dimensional and hard to care for.

(I could also get nitpicky and note the way the first key is found seemed waaaay too easy, especially when the movie notes how for so many years people going to Oasis were unable to “solve” it.  Considering the types of easter eggs found by people in all sorts of video games -some deviously well hidden, including that “first” easter egg- this “solution” was… lame).

The bottom line is: The film has its moments and, as spectacle, is interesting.  But it could, indeed should, have been more.  I’d recommend it to those who are fascinated with video games and general pop culture.  Others may want to stay away.