Back when I was very young and growing up in the early 1970’s, there were certain posters which presented what would become iconic images and were found almost everywhere.  One of them was Rachel Welch in the film One Million Years B.C.… 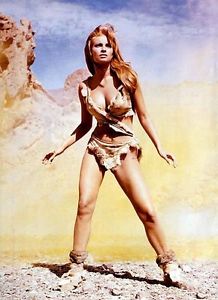 Boys like me loved that image, but I recall another poster that was found in/around that time, this one (I suppose!) being more eye candy for the ladies in the form of a very well toned Charles Bronson from the 1972 film Chato’s Land… 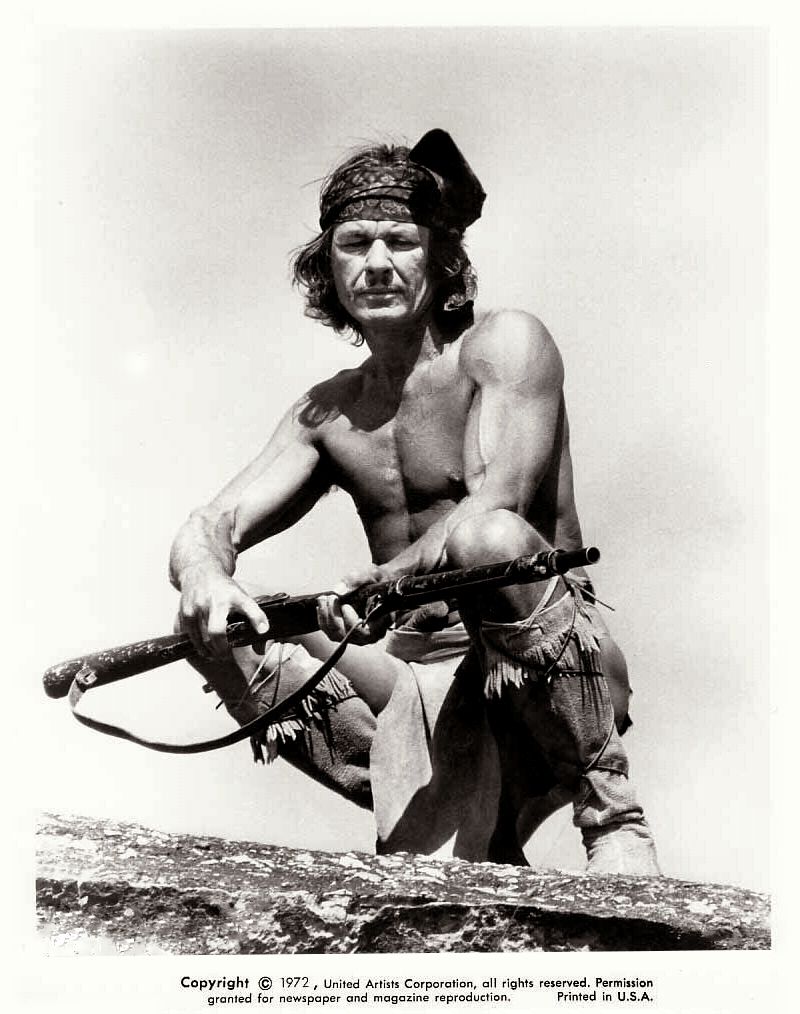 This image served as the inspiration to the famous poster…

Chato’s Land was on one of the Starz! channels the other day and I happened to catch it from the very near beginning.  I recalled seeing the film a number of years ago but remembered not all that much about it.  I did recall liking it well enough, even if I didn’t feel it was one of Mr. Bronson’s best works.

So I sat back and watched it and was fascinated by what I saw.

The film starts with Bronson’s Chato going to a small town’s bar and being confronted by the racist ramblings/provocations of the town sheriff.  Chato, you see, is half-Apache and in this era and time the “white folks” don’t much like seeing Apache Indians in their establishments.

The sheriff eggs on Chato, insulting him and trying to make him act.  Eventually, and despite Chato warning him not to, the sheriff draws his gun but Chato is a faster draw and guns the man down.

Chato leaves town as word spreads that an Apache gunned down not only a “white man”, but the town’s sheriff!

We are then introduced to Jack Palance’s Captain Whitmore, a veteran of the Civil War originally on the side of the Confederacy.  He is a well respected and seemingly noble veteran and, with the Sheriff gone, it is up to him to get together a posse and hunt down Chato.  He pulls out his old war costume and builds up his posse.  Right from the get-go, however, the viewer realizes that the crew is a motley one.  There are some who are decent individuals while others are clearly hot-heads or worse.

The group heads out of town in search of Chato and things eventually go sideways as Chato proves a far more elusive, and deadly, prey.

Watching Chato’s Land today, I found myself fascinated by the story it presented.  It’s a simple one, essentially a long chase by horseback of the character of Chato and the simultaneous degradation of a group of what were friends.

Chato himself is presented as almost more myth than a “real” person and Charles Bronson is given very little dialogue throughout.  He is always a step ahead of the posse, except in one sequence involving his wife where the posse comes upon his home and the more vulgar members of the group violently rape her.

This sequence, which to some degree makes little sense (why did Chato decide to lose track of the posse?  Did he not fear they might track him to his home?), is nonetheless important in the film’s story as it exposes the ugliness of a mob and shows that Jack Palance’s noble character has one HUGE flaw: He is a coward.  He, and a friend of his in the posse, knows what’s going on is not right yet he does not act.  He is unwilling to stand up for what is right and force his by now mostly out of control mob to stop.

What Chato’s Land presents, essentially, is the tale of how a few rotten apples in a group -and the lack of courage on the part of those who should know better to speak up- damns an entire group to failure and, in the case of this film, death.

And in some ways, it made me think of current political events.

I’ll say no more about that, though given the movie’s original release date of 1972, whatever symbolism was originally presented likely had more to do with the events in Vietnam.

In the end, Chato’s Land delivers a deeper story than one would think and manages to rise a  bit above its more “typical” western/pulp/revenge roots.  While it may not be a lost “classic”, I found it worth revisiting.